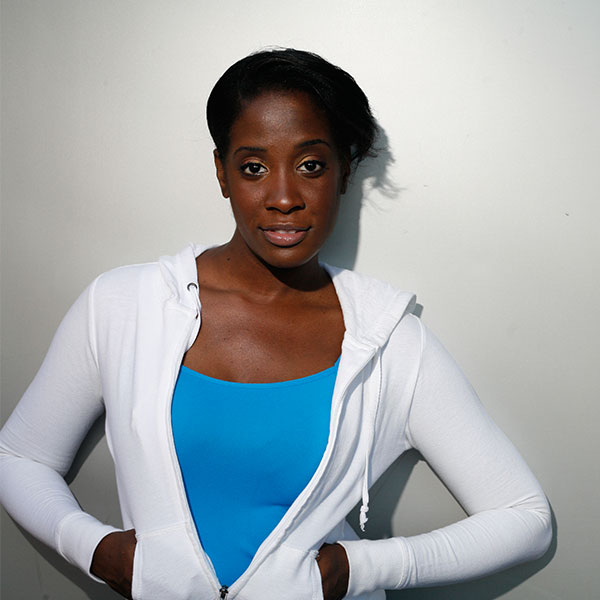 With experience in front of and behind-the-scenes, Maisha’s professional experience spans from artist to arts administrator, managing local and regional theaters, producing independent films and executive producing her own web-series.

As a playwright, poet and actor, Maisha has enjoyed a career encompassing stage, screen and commercials. Some of her work has been featured in the Martha’s Vineyard African American Film Festival, The HBO NY Latino Film Festival, and HBO.

Her first published book of poetry entitled FreedomSong earned recognition and award by the African American Writers Association of Western New York, and her pilot television series script, In Due Time was selected as part of the Inaugural Television Writers Workshop hosted by NAMIC, (National Association for Multi-Ethnicity in Communications.) Maisha was also receipient of the Honoree of the Year Award from the Student Digital Art and Cinema Committee of New York City for her work on the teen web-series, Life Unscripted, which she is writer/creator. The series, an official selection at several film festivals, earned the Top Ten Youth Film Audience Award at the 12th Annual Urban-Media Makers Festival in Atlanta, Ga.

In addition, Maisha holds an advanced degree (MBA) in the field of Media Management and has over ten years experience in youth development. Her experience includes curriculum and program design of diversity education, leadership training and arts in education programs at both the collegiate and high school levels. She has worked with universities and school districts across the country before serving as the Director of both New York City’s Mayor’s Youth Leadership Council and the New York City Youth Council through Coro New York Leadership Center. Under her leadership the program addressed issues such as youth recidivism and the importance of equitable practices in the development of public policy. Maisha would later co-create the Inner City Media Arts Summit, a yearly CTE (Career and Technical Education) city-wide educational networking event for youth film program participants in partnership with Social Cinema, LLC, and the Emmy Award-winning and Academy Award-nominated Downtown Community Television Center.

In 2007, Maisha launched Urban Actors Academy, now Urban Artivist Academy combining her passion for filmmaking with her commitment to working with youth and social justice issues. She credits her grad school years as being the cataylst for learning the value of partnering passion with purpose. This experience coupled with her work as a teaching artist and adminsitrator with film festivals such as Tribeca, African American Women in Cinema and Cannes as well as work at The National Black Theater provided a clear vision for the content taught and created by the arts-in-education vehicle.

Maisha has since pivoted her experience as a facilitator and trainer, into MAS Diversity Consultancy, where she creates space for people to engage authentically in self-reflection, building awareness and empathy for multiple perspectives when addressing tough issues such as racial and gender inequality.

More recently, she directed the launch of the American Film Institute’s Screenwriting Bootcamp in collaboration with Los Angeles Unified School District and has served as a volunteer facilitator with The Center for Race and Reconciliation in Los Angeles.

She is an alumnus of Morgan State University and Metropolitan College of New York holding a B.A in Communications; concentration in Television Production/Theatre and an M.B.A. with a specialization in Media Management. She is also a member of both SAG-AFTRA and AEA..